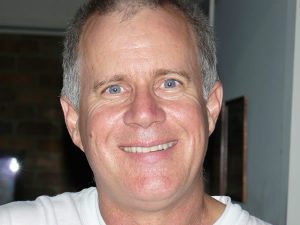 Being a 1959 model Queenslander, I was a teenager in the 1970s dirt bike boom. Of course it’s the bikes of that particular era that I love so much.  I’ve still got two of the dirt bikes I had in the 1970s.  It’s a miracle I kept them because by the late 1980s they were both fairly decrepit, had no monetary value, parts for them were almost impossible to get and they were taking up space. However, something made me drag them around the country with me and here we are now in Gladstone, still together forty years later.  I love my workshop time and with 1970s bikes, there is always lots of opportunity for doing bike development and modifications. I did a Fitting and Turning trade in the 1970s and by choice, I still weld everything using either an oxy torch or a stick welder.  The first bikes I rode were my Dad’s CZ and British bikes.  Then along came 1970s Spanish and Japanese bikes which are what I still greatly enjoy nowadays.  Through my early riding years I rode enduro, pony express, trials and trail riding. Around 2000 I had a few damaging crashes and cut right back on the speed events. I’m nearly 60 now and mainly ride trials.